Why the two names?

When you are crushed

You will turn into Hummus….:) LOL

This is the poem I remember time and again, whenever I cook Chick peas.

This poem was composed by an Undergrad student at MIT, during one of the Toastmaster’s club meetings. The task was to compose an instant poem or something of that sorts, which I don’t recall well. But I have always felt it is kind of funny and cute.

Anyways, I call this dish as Chole stir fry because unlike traditional chole masala, this one  is prepared like a stir fry. Which means there is no grinding or purees involved. You just dump one ingredient after the other directly in a pan, stir them all together into one lip smacking dish. 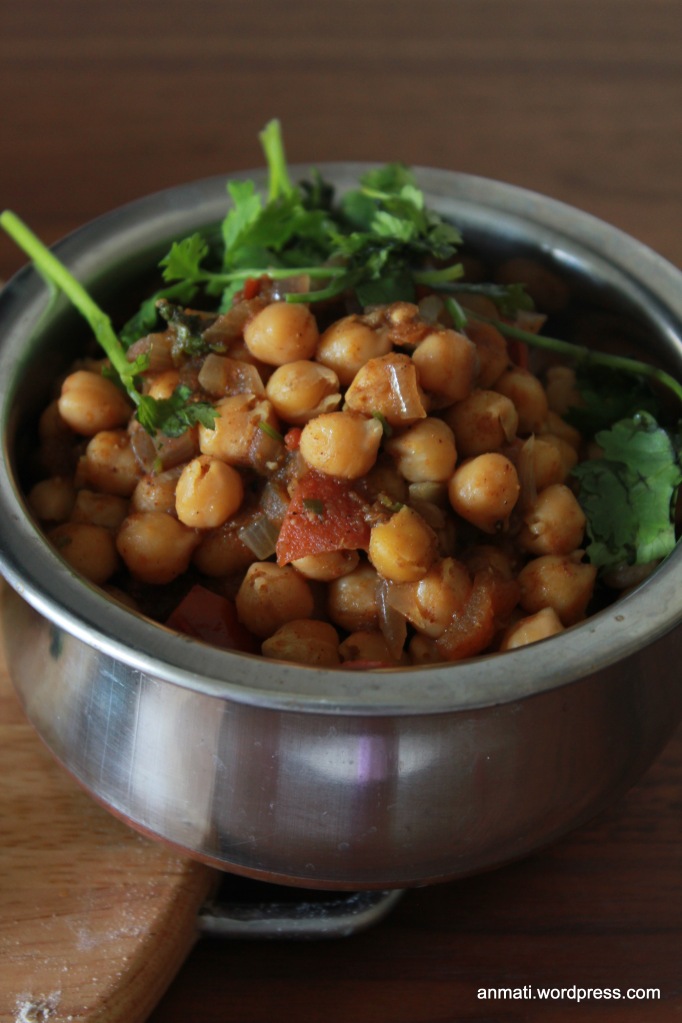 To start, heat oil in a thick bottomed pan. Add cinnamon and cloves and turmeric and saute for 10 sec.

Next add the chopped tomatoes and cook until it forms a paste and oil separates.  add salt.

Next add all the other spices and cook for 5 mins on a low flame.

Add 1/2 a cup of water and add the chick peas. Mix well and cook on a low flame for about 5 minutes or until the water evaporates and the mixture comes together.